Chris Draft is a former American football linebacker in the NFL. He played for the Atlanta Falcons, Chicago Bears, San Francisco 49ers, Buffalo Bills, Carolina Panthers and St. Louis Rams. A fitness fanatic and lifetime non-smoker, his wife, Lakeasha, died at the age of 38 from lung cancer. She had a yearlong battle with stage IV disease and died exactly one month after the couple exchanged wedding vows. Chris and Lakeasha founded Team Draft as part of the Chris Draft Family Foundation. The goal of Team Draft is to give hope, comfort and inspiration to the patients, caregivers and healthcare providers who are battling lung cancer every day. 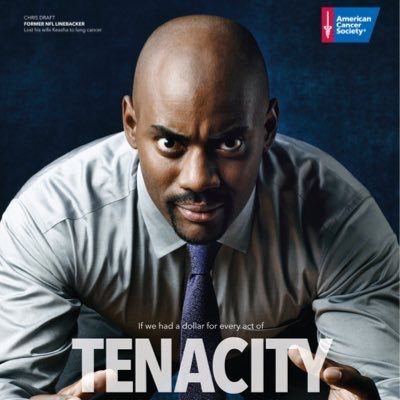